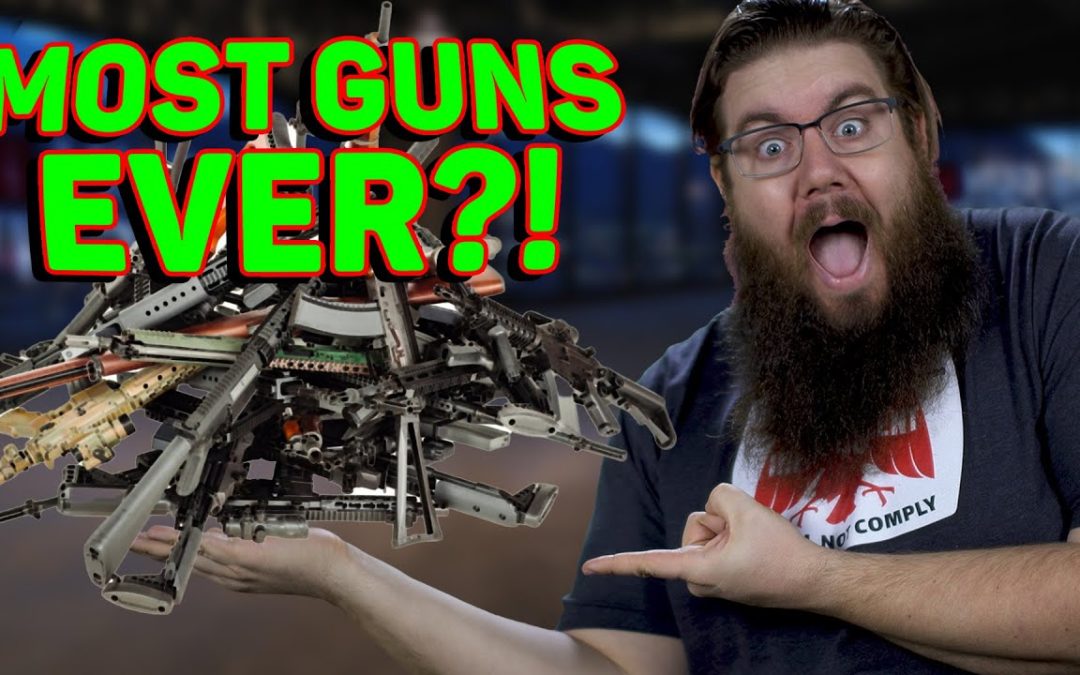 Honestly, I don’t know how anything is still in stock with the amount of guns and ammunition sold this year. It is absolutely staggering. The December NICS check numbers are in and we’re going to break it down after this.

The FBI has reported on background checks through the National Instant Check system since part way through November of 1998. Since then, we’ve seen some pretty big milestones. In November of 1999, there were more than 1 million background checks in a single month. The first time we broke 2 million was 13 years after that in November of 2012, which at the time was a really big deal. 2013 was considered a big year for the gun industry and there were just over 21 million background checks that year. That was the first year of Obama’s second presidential term. The first time we ever surpassed 3 million background checks in a single month…that was 2020. It seems that 2020 was not just the year that the pandemic changed the world, but it was also the strongest year ever for the gun industry.
Every month we’ve been covering exactly what that means and how many checks have gone through and this time is no different. The December 2020 background check numbers are in and I am very excited to share them with you.
Now for context, these are not a direct comparison to actual guns sold. Background checks are not a 1 to 1 ratio, some checks could be for multiple guns and not ever state requires a background check at the time of purchase. That being said, let’s get into the data.
A recap is the way we’ll kick it off. I also need to add that every single month this year has set a record. EVERY SINGLE ONE OF THEM. Starting off in January we had 2.7 million checks. February was 2.8 million. March was a BIG time spike due to Covid taking hold on the world and we had 3.7 million checks. Tapering back down to 2.9 in April, then just under 3.1 million in May. June was astonishingly high with 3.9 million, July at 3.6, August at 3.1, September 2.8, October came in at 3.3 million as the second wave of covid started and so did HEAVY campaigning for the presidential election. November ramped up to 3.6 million and December 2020 was the one that polished off the year with 3 million 937 thousand and 66 background checks. That puts it about 6 thousand higher than June 2020 and makes it the highest month ever recorded in US history AND it also crushed the 2019 number by a hair over 1 million. These numbers are absolutely staggering.
We’ve not done this before but I want to bring you through the yearly totals as well because I think it provides some really interesting context as to just how crazy this year has been.
The data we have from FBI starts part way through November of 98 and ends the year with just under 900 checks. Being that its a partial year, that particular data isn’t substantial for our purposes. Moving on from there, the year of the Columbine shooting, 1999, I was in 9th grade at the time. That year ended with 9.1 million. Considering we did almost 4 million in December 2020, that number seems kinda small right? It gets more interesting. 2000 landed at 8.5 million, 01 was 8.9, 02 was 8.4, 03 was 8.5, 04 was the sunset of the assault weapons ban and ended up with 8.7 million and this is where the numbers start climbing substantially. 05 was 8.9, we broke 10 million for the first time in 2006, 07 was 11.1 million, 08 was 12.7, 09 was the first year of Obama first term and things started to climb even more here with 14 million, 2010 was 14.4 million, 11 was 16.4, 2012 which was soaked in political craziness jumped to 19.6 million, 2013 we passed 20 million for the first time at 21.1 million, then 14 fell back to 21 million, 15 was 23.1, 16 was a big bump to 27.5 million, back down in 17 to 25.2, 18 was 26.1 million and 19 landed us at 28.3 million background checks. 2020 absolutely crushed all of those numbers. There were 39.7 million background checks performed in 2020. Nearly 40 million. That is 11.3 million more than 2019.
If you’ve seen these videos before you know the next step… we’re going to compare these background check numbers to populations. If we look at the December total of just shy of 4 million checks, we could arm HALF of New York City. We could arm EVERYONE in Los Angeles. We could almost arm everyone in Houston twice. We could arm everyone in Austin Texas 4 times over.
If we look at the yearly total of just shy of 40 million checks, we could arm every single person in Afghanistan… not sure if we would want to do that but we could…. We could also arm everyone in Romania twice and have guns left over. We could almost Arm everyone in Sweden 4 times. We could arm Liberia 8 times over and Slovenia 20 times over. And just for fun, we could almost arm every single person in my county here in PA with 80 guns each. THAT would be amazing haha.
No matter how you slice it, this year has been insane. The entire world economy brought to its knees, science pushed to do things that were never thought possible and governments around the world grabbing up more power than ever before. And no matter how you look at it 40 million background checks makes a statement as well.
I want to know what you guys think of this. In the comment section below, tell me what the number one reason people bought guns this year. I want to hear your thoughts for sure.
If you guys enjoyed this video and you got any info from it, do me a favor and share it with your friends. If you haven’t yet, hit the like button to help the algorithm show this to more people and of course get subscribed to see more gun news every single week. As always, thank you all for watching. We’ll see you soon!