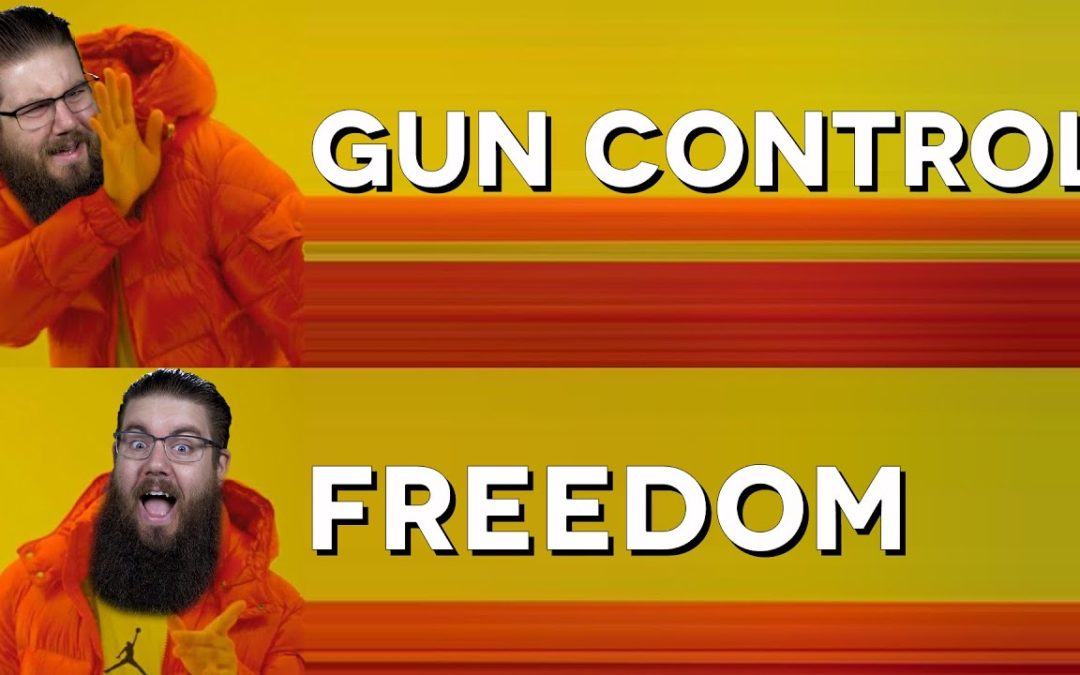 2020 has been a year of some serious challenges. We’ve seen some of the largest government overreach in history, and we’ve seen some real triumph as humans overcoming something very difficult as a singular force. Small business are being crushed while big business and big tech are thriving. This creates a strange environment. Massive unemployment forced from government controlled shutdowns, political unrest and a widening cultural divide have led to a year with the highest recorded firearms sales in human history. When I covered this last, I asked you guys if this will matter in the long run, well today we are gonna dive into a recent poll on gun control and find out, after this.
Welcome back to the gun collective, my name is Jon Patton and you are watching the fight for gun rights. According to a recent Gallup poll, calls for more gun control are on the decline. The question asked was “In general, do you feel that the laws covering the sale of firearms should be made more strict, less strict or kept as they are now?” 9 percent said kept as they are, 34 percent said less strict and 57 percent said more strict. Looking at their graph it seems like 2020 is opening people’s eyes to things a bit. If we look back through time, the lowest ever percentage for more strict was between 2009 and 2012, spiking directly in accordance with highly publicized mass shootings.
If we break things down into groups, we start to see a clearer picture of whats happening here. Between men and women, 67 percent of women said they want more strict gun laws while only 46 percent of men said that. It’s like Karen’s are trying to call the gun control manager about being scared or something. Less strict was broken down into 15 and 4 percent across men and women and 39 29 for kept as they are across men and women. If some women in the comments could chime in and help me understand the fairly sizable divide between men and women on this issue, it would be awesome.
If we look at it from a political party perspective, these are a bit less surprising. Of the republicans that responded to this poll, 62 percent of them said gun laws should be kept as they are now while 60 percent of independents and 85 percent of democrats said they want more strict laws. Not really surprising results here. Seems like they left out libertarians who want every single gun law repealed. WINK.
Regionally, its broken down into 4 categories. The east area weighed in with 68 percent for more gun control, while the midwest had 50 and the south had 49 percent in favor of more. Then the west weighed in with 63 percent in favor. If you consider where our most dense populations lie, on the east and west coast, this is not surprising in any way.
Then we look at it from a perspective of where people live. Here’s the most clear picture if you ask me. City residents weighed in with 65 percent calling for more gun control while suburban areas had 58 percent and rural residents had 46 percent. It was the converse with less gun control and keeping laws as they are. What this tells me is that democrat women, in cities on the east and west portions of the country are the driving force behind this crap. For anyone that might call me sexist for these claims, please point me to data that indicates otherwise.
Gallup also polled folks on a ban on handguns in the US. Only 25 percent of people are in favor of that. Interestingly enough, that is not directly in line with FBI statistics for homicide. In 2019, handguns accounted for approximately 62 percent of the 10258 homicides with firearms. Since I know you’ll ask, rifles, the thing that everyone flips out about, account for 364 or 3.5 percent of that total. Speaking of that, why the fuck are we talking about banning the rights of millions of people over the deaths of 364 people? In the last 5 years, rifles haven’t even accounted for more than 400 deaths in a given year. That is such an infinitesimally small number in comparison to so many other things out there. For gods sake people get killed more with hands and feet than rifles.
I digress.
With 57 of people still calling more stricter gun laws here in the US, we as a community are facing a true uphill battle. As COVID based overreach learches into 2021, we may see that change but for now, its very important that we do a good job educating and representing our passion.
I want to know what you guys are thinking. What is the best way to help spread our message? How do we go about educating people that disagree with us? Sound off in the comments and lets get a conversation going. Don’t forget to hit the secret affiliate link in the description and while youre down that way, hit the like button as well. If you think we’ve earned it, get subscribed and as always, thank you all for watching, we’ll see you soon.