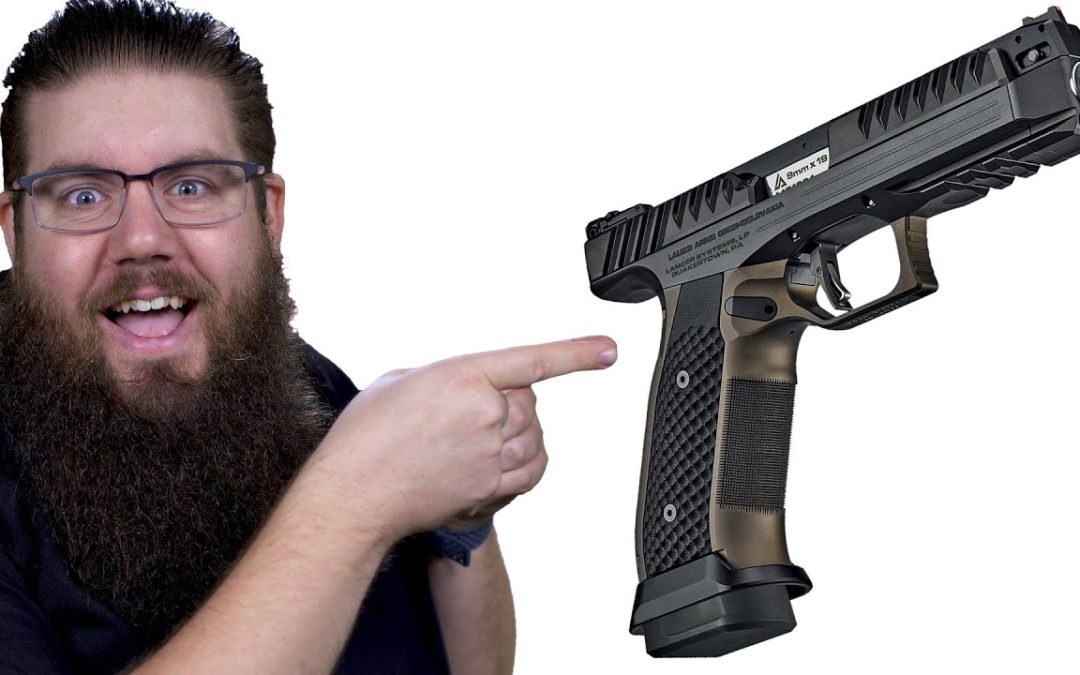 This week on TGC News, Henry has 32 new guns, Sig screws up the cross, and the Laugo Alien is coming!

Welcome back to another episode of TGC News, the only gun news show that covers things you actually care about, my name is Jon Patton.
Before we get started, it’s cyber monday and there are lots of deals to be had if you go to our website which is linked below to check out our deal roundup post! If you end up buying stuff through our links, it helps support us and we would really appreciate it.
Now, how about some news? First up this week, RECALLS. I guess it was bound to happen with 2020 being the year of lunacy. Someone was gonna let some guns out the door that aren’t quite up to par. Our first one is from Smith & wesson and its actually on the M&P Shield EZ. According to the recall page on their website, it says “Smith & Wesson has identified two M&P Shield EZ Pistols on which the hammers manufactured by our supplier were cracked.” It goes on to say that there are 2 scenarios where multiple discharges can happen. Basically when you let the slide go home freely, it could set a round off and keep going or when firing like normal it could just keep going. Now, I dunno about you, but i would personally love to try one of these EZ guns in full auto BUT we haven’t had that happen with ours yet. The guns affected were manufacturered between March 1st and October 31st of this year. So basically all the covid guns. Since big tech is weird about links to guns, head over to our website to get the link where you can check if your gun is affected.

Also in recall news, everyone’s favorite recall company, Sig Sauer. It’s shocking to me that they still have this crap happen on nearly every single first generation gun they release. The p320, the 365 and now the Cross bolt action rifle. The recall page on their site says “stop using and unload your cross rifle immediately”… oh boy, this is going to be interesting. Digging deeper, the actual issue stems from the trigger not functioning correctly. According to the press release about it, Sig saw an online video about the issue, got the gun back and determined it was a legit problem and initiated the recall. The video was actually from one of the OG’s of gun videos, Nutnfancy. Now I know that his videos aren’t what you would call short so I’ll give you the highlight. Around 27 minutes into the video, the shooter reports that the gun was going off on the release of the trigger instead of the pull. Then about a minute later the shooter tries to pull the trigger multiple times with no discharge until he goes to rack a new round into the chamber. He moved the bolt slightly and the gun went off. THAT is freakin’ dangerous. I’ll make sure the video is linked for you guys to check out because you need to see it. Thanks to Nutnfancy for documenting the issue. I think the real shame here is that I was pumped about this rifle hitting the market. I’m curious to know what you guys think about recalls these days. Do you expect it from Sig? Or perhaps is it something you just expect from everyone sooner or later? Sound off in the comments and let me know your thoughts.

Next up this week, a TON of new guns from Henry Repeating Arms. There are 32 of them and because of that, I’m just gonna roll through the list of them and we’ll talk about some of them after.
First, the single shot line has been expanded to 350 legend and 450 bushmater chamberings. Thats cool. MSRP is 510 on those. Then we have the 200th anniversary gun which we actually already covered on the news a couple weeks back. Then theres the basic steel lever action with a side gate in 3030 for 941 or 955 with the big loop lever. Then theres the color case hardened versions in 3030 and 4570 with side gates and those are 1108 msrp. Theres also the steel wildlife version in the same chamberings and those goes for 1572. Quite a bump for some engraving. Then we circle back to the basic steel model with a large loop in 4570 and a side gate, that one is 941. Then we have the all weather 3030 and 4570 with a side gate for 1108. We also have the big boy steel with side gate in 44 mag, 45 colt or 357 with either a 16 or 20 inch barrel, prices are 941 and 955 depending on which if you want a large loop or not. Then the color case hardened versions of those guns for 1108 across the board. The 410 line has expanded and got side gates for loading as well and go for 983 with the 24 inch barrel or 941 for the 20 incher. And rounding us out, there is a new single shot 12 gauge slug gun. Okay highlights for me were of course the fact that everything seems to be getting a side gate. I also am very excited about the potential for suppressing these guns because now you don’t have to load through the tube and that means you can leave the can on. Its also cool to see Henry getting into the 350 legend and 450 bushmaster chamberings. All in all, lots of simple product additions and most of them have me pretty excited. Why don’t you guys tell me in the comments which one you would want to buy?

Now how about some gundustry news? Meprolight announced recently that they have sold their 14 millionth self illuminated day night sight. THAT is staggering. However, I suspect that is a worldwide number and not just based on US sales since it is an israeli company.
Ruger has announced that they have closed the acquisition of all of the Marlin assets. Ruger CEO Chris Killroy said that they have heard from tons of folks saying how excited they are for Ruger to acquire the Marlin brand and he also said they are looking forward to reintroducing the marlin guns in latter half of 2021. We have a time frame folks!
And somehow we missed this last one. Lancer Systems has announced that they got the all clear to import the Laugo Alien pistols. That means we might actually see some in the wild. The initial batch of 500 is already sold out. It came with a whole menagerie of gear and cost 5 grand. Nothing like a cool 2.5 million to get things going right? I’m really hoping that we get a chance to shoot one of these things again because our taste at SHOT wasn’t enough to truly weigh in on it. Either way, lots of positive industry news this week which is great.

Guntuber of the Week continues this week. For anyone new here, GunTuber of the Week is a segment where I share a gun related channel that by our standards, which are admittedly really high, puts out high quality, entertaining, informative content on a regular basis.
And speaking of that, our GunTuber of the Week this time is The Humble Marksman. David’s channel is exactly what the title suggests. Its all about finding accuracy and proficiency with firearms. David comes at it largely from a competition angle but also provides some much needed good technical data with experience to back it up. Not only that but hes just a good dude. Here’s a quick clip.
If you’re into that type of content, go find the link to his channel in the description and get subscribed. Be sure to tell him TGC sent you.

It’s time for more Friendly Fire, the segment where I answer questions from you guys! This time our questions are coming from the TGC Nation facebook group. Go join it because thats where awesome happens.
Our first question is from Seth Shockey and he says are calibers like 350 legend and 450 bushmaster here to stay? Kind of fitting with the henry’s we just talked about. It seems like both of those cartridges are slowly growing in popularity, especially in areas where straight wall cartridges are needed for hunting. I’m still waiting for winchester to get their shit together and release subsonic 350 legend like they said at launch. Michael Wise says do you think its smart to have a firearm in an obscure calibder for times like these when popular ammo is out of stock? Yes and no. If you can afford to buy another gun and the ammo for it which is likely more expensive than popular stuff, then you can probably afford to stockpile an appropriate amount for the popular chamberings. At the same time, variety is awesome.
Kevin Marshall says why do people cling to politicians to save their rights when both sides openly attack all of our rights? Good question Kevin. I think the answer is simple and very very complex at the same time. The simple version is because its easier to shift the responsibility to someone else. The more complex version involves understanding deep seeded human behavior and most people revolve their entire lives around some level of fear or anxiety. Thats a topic for another day. And this last one is a fun one. Jay Mattos says what products do you use for beard care? You know when I started growing this glorious beard I never knew how much work it would be. I will say this, I am not currently loyal to one specific brand. I use a beard wash, sometimes a beard detangler because this gets out of hand, and I also use beard balm, beard butter and beard oils. I’m always trying new and different stuff. As far as brands go. I like beardbrand, beard octane, michigan man soap and shea moisture. Hope that helps.
My friendly fire question to you guys this week, what is the most pro gun thing you’ve ever done? Drop your thoughts in the comments below and If you want to ask a friendly fire question, jump over to the gun collective.com and send it our way!