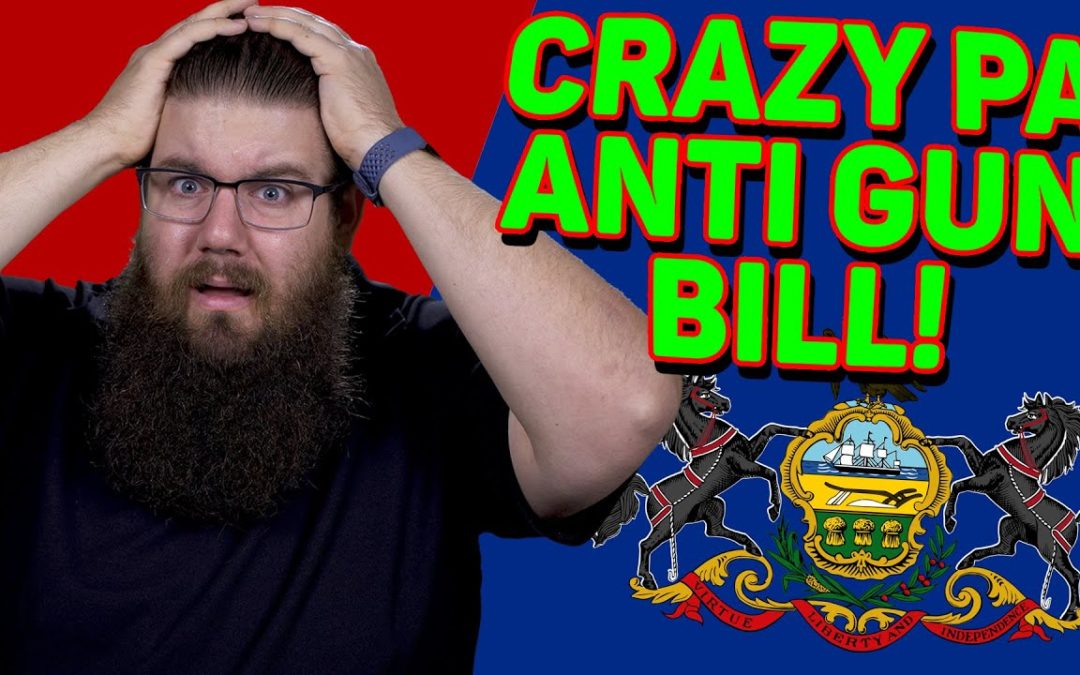 Sometimes I genuinely fear that people in power are going to slowly turn our nation into some sort of communist/socialist dystopia. The slide in power towards that end of the spectrum seems to accelerate with every proposed law. More money for the government, more oversight and control over our day to day lives and according to this new proposed bill here in Pennsylvania… control over a militia that operates outside of law enforcement guidelines and a hidden ammunition ban included in the bill. We’ll break it down, after this.
Welcome back to the gun collective, my name is Jon Patton and the fight for gun rights continues. PA state representative, Christopher Rabb, a democrat out of Philadelphia recently brought forth one of the scariest proposed bills I’ve seen in a while. PA House Bill 2957 in short terms, creates a police force controlled by the governor under the guise of being called a militia. First I’ll read through the memo that explains the bills intent and then we’ll try and digest things.
It says The Constitution of the United States requires under the Second Amendment: “A well-regulated Militia, being necessary to the security of a free State, the right of the people to keep and bear Arms, shall not be infringed.” No big deal so far right?
Our commonwealth deserves its own well-regulated militia to address the epidemic of gun violence, domestic terrorism, and other inter-related public health crises. AAAAnd there you have it. It didn’t take long to get to the truth.
After the enactment of a federal law in 1940, Pennsylvania was among one of several states that established a regulated, trained and funded militia.
This state defense force — the Pennsylvania State Guard — operated from 1941 to 1953 that protected Pennsylvanians while honoring our state constitution which in Article I, Section 21 clearly states: “The right of the citizens to bear arms in defense of themselves and the State shall not be questioned.”
Now, more than ever, the Commonwealth should revive and modernize its state defense force toward complementing law enforcement agencies to improve public safety in these uncertain times. I want to reiterate that the focus on gun control as a public health crisis is terrifying and that the creation of yet another government controlled entity is being sought here.
If enacted into law, this force would provide voluntary firearms training for people not interested in applying for military-grade firearms. Further, this training would be mandatory for those members who did seek to own such firearms.
APPLYING FOR MILITARY GRADE FIREARMS? Since fucking when we do we have to apply to exercise our second amendment rights?
This defense force would answer to the Governor and oversight commission who, based on federal law, cannot call them up for regular military service, but can use them in emergency response in-state. To me this screams Tom Wolf’s personal gestapo.

This reconstituted body would help protect public safety while balancing Second Amendment interests. Benefits of joining this body could include:
Before we cover these benefits I’d like to point out that my second amendment interest is that you leave it and me the fuck alone.
Benefits of joining this body could include:
• Student debt relief
• Tuition assistance
• Financial assistance for first-time home buyers
• Merit points on civil service tests
Yes, that is the list of free stuff that the government will give you if you enlist.
Law enforcement officers are out-gunned, too over-burdened, under-compensated and under-trained to properly address the ever-expanding array of duties they’ve had to take on in recent years. SO rather than give police better training, more funding and more firearms to combat the issues at hand, this bill suggests that it would be better to create a state militia that operates outside of the law. Notice that nowhere in this have they mentioned the standards by which this group will operate.
By recruiting and empowering our state’s breadth of talented souls, this overhauled defense force could train thousands of social workers, nurses, veterans, civil servants, college students and other private citizens to help mitigate the most pressing and costly concerns that currently represent some of our state’s top budget expenditures.
Ahhh there it is, they think you’ll do this for free.
Too many lives have been lost to inertia. Our Commonwealth suffers from a community safety crisis whose symptoms degrade public health outcomes across the state.
It is our moral and constitutional responsibility to address a health crisis that is manifested in all manner of public and private life, including mass shootings, daily gunfire in city streets, domestic murder, and suicides in every corner of the state. Indeed, we, as state lawmakers, have a moral obligation to act.

Okay, so to recap this as I see it. This state militia will answer to the governor of PA, who already has it out for people that disagree with him and will be used to combat things without the use of law enforcement. No I don’t see how that could go wrong at all. I also love the fact that the bill suggests that ANY of this would fall into things that help the second amendment. You keep using those words, and I don’t think you know what they mean.

Legislation like this makes me nervous. Not only would it be entirely dangerous if passed BUT it also moves the goal posts for craziness. I’ll try to explain. Remember before Beto O Rourke said hell yea we’re coming to take your guns. It was all a secret, hush hush type thing. They ALWAYS said, no one is coming to take your guns. EXCEPT now, that statement and his actions alone have changed the way people think. It has changed what is acceptable to say as a politician and say about gun rights as a whole and therefore the next crazy thing that gets said, won’t sound as crazy by comparison. The same could be said about creating a government controlled, unregulated “police” force that doesn’t have to abide by the same rules as the police.

DANGER WILL ROBINSON DANGER. This whole thing is just poisoning the well and it seems to be intentional.

This is all without reading the bill itself which is even more upsetting. Section one of the bill reveals the real intent behind all of this garbage. It states “The sale or transfer of high-power firearm ammunition shall be restricted to active members of the
PennCorps who have firearm licenses.” So you can’t have this arbitrary thing called high power ammunition unless you join the PA gestapo. It goes on to say if you have the ammo already you can keep it, but you can’t sell or transfer it to anyone that isnt a penncorp member. AND you can’t buy more ammo. If you got caught selling or transferring ammo to someone that ISNT a penncorp member, you could be subject to a misdemeanor of the first degree which if I’m not mistaken would also prohibit you from owning firearms on a federal level.
The definition they provide for high power ammunition is… well here.
“high-power firearm ammunition” shall mean the following types of ammunition:
(1) Ammunition constructed entirely from one or a
combination of tungsten alloys, steel, iron, brass, bronze,
beryllium copper or depleted uranium.
(2) A full-jacketed projectile larger than .22 caliber
and whose jacket has a weight of more than 25% of the total
weight of the projectile.
(3) Ammunition that is .50 caliber or greater.
(4) Flechette ammunition.
(5) Ammunition that contains exothermic pyrophoric mesh
metal as a projectile and is designed for the sole purpose of
throwing or spewing a flame or fireball to simulate a
flamethrower.
(6) Bolo shells.
(7) Hollow Nose, Dum-Dum or other ammunition designed to
expand upon impact.

And there you have it. That is a blend of the wording from armor piercing ammo bans AND a straight up ban on hollow point ammo. It’s like New Jersey is rubbing off on PA and I don’t like it one bit.

I want to know what you guys think about things like this. Am I missing something? Is this actually a good thing? What if we see a shift to a replublican or libertarian governor, would it be acceptable then? Tell me what youre thinking down in the comment section below. If you think this video was helpful or informative in any way, do me a favor and hit the like button. It helps the algorithm know what you guys like and of course, if you want to see more gun news every week, get subscribed and hit the notification button to see things as we upload them. As always, thank you all for watching. We’ll see you soon.