How Light Can Rifles Get?! – TGC News! 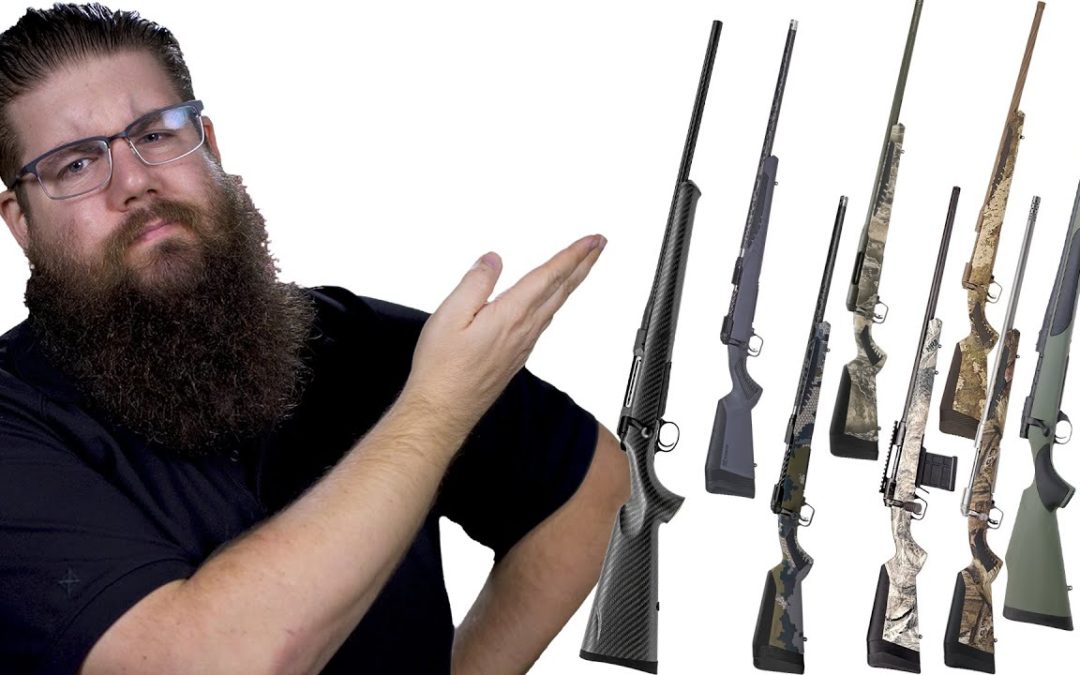 This week on TGC News, a pistol that comes from copied homework, bolt action rifles galore and Vista outdoor has a one billion dollar backlog!

Welcome back to another episode of TGC News, the only gun news show that covers things you actually care about, my name is Jon Patton.
Before we get into stuff today, I’d like to ask for your help. After YEARS of it being out of date, we rebuilt the TGC website and have a new home base for our content, as well as the deals we post and ways to stay in touch with us. That being said, I want you guys to battle test it. If you see any issues, please send us a message through the website and report them so we can improve it and make it as good as possible. Big shoutout to Make Ready Arms for helping us build the new site.

Now, how about some news? First up this week is one that comes from Turkey. Politics aside, these guys are like the chinese when it comes to copying other people’s homework and blending them into a new product. It’s kind of amazing. That brings us to the SAR 9X Platinum from Sarsilmaz. This gun has actually been out for a while but I’m just now hearing about it so its a brand new thing for us. It looks like a someone drew the gun based on a conversation they overheard about a VP9, Glock and Canik. The grip is VERY similar looking to the HK VP9, the slide has a shape similar to glocks, albeit with a bunch of cuts taken out and the controls remind me of the Canik. In terms of dimensions, you have a 4.4 inch barrel, 15 round standard and 17 round extendo mags, and it weighs about the same as every other gun in this segment. I guess the standout thing about this gun is that platinum color which is of course coated on the slide but embedded in the polymer of the grip. I like it a lot actually. It also comes with a bunch of cheap trinkets like a light, holster and a mag ouch.The MSRP lands at 555 and I’ve seen these on sale for around 500. For that kind of money though, is this thing offering anything you can’t get on the market? I’m not so sure. I’m curious to know what you guys are thinking though. Would you grab one of these over the other options in this part of the market? Sound off in the comments… and we’ll talk about it.
Do you hear that? It sounds oddly specific… like an electric motor spinning multiple barrels….. OHHHH thats because its rapid fire time!

Let’s kick it off with an expensive one. We covered an 8 thousand dollar gun from this company last week so by comparison, this one is cheap! Its called the Sauer 101 Highland XTC and the claim to fame here is that its lightweight. The stock is hand laid carbon fiber, theres fluting where possible and that means its light. How light? 5.5 pounds. THAT is pretty impressive. BUT you pay for it. MSRP on the highland lands at 3000 bucks.
Moving along, Savage has a new series of rifles out called the Backcountry Xtreme series. There are 6 different models all based on the Savage 110 and all aimed at being the top tier of their class. To keep this short, they have the set up needed for each individual purpose. The models include the 110 bear hunter, 110 ridge warrior, 110 Timberline, 110 high country, 110 ultralite and 110 ultralite camo. I’m sure you guys can figure out what they are like based on the name alone. Price range from 949 for the ridge warrior up to 1549 for the ultralite camo. Being that the 110 is proven action, this seems to be an affordable alternative to guns like the previous one we featured. The ultralight camo is about half the price and weighs only .3 pounds more.

Also in new gun news, Weatherby has added the 6.5 PRC cartridge to the vanguard line up. It was a light news week so I’m going to talk about this. To me, the 6.5 PRC is getting chambered in a lot of guns but I’m not really hearing about a lot of folks buying or using that cartridge. I still need to get behind one and see what its like. Not only that but theyve also announced a new version of their Element semi auto shotgun called the tungsten and … its coated in a tungsten paintjob. YAY haha. These shotguns are decent for the money for sure. Pricing for the rifle is 619 while the shotgun is 599.
And because I had nowhere else to put it, Federal has expanded their Prairie Storm ammo line up to include 16 and 28 guage for people like that like a challenge. Personally I love the prairie storm ammo so thats cool to me.

How about a little Gundustry news? That sounds tasty right now.
Real Avid, a company we feature on a semi regular basis with interesting accessories is doing whats called a Recapitalization and partnerting with a holding company that specializes in outdoor brands called vertikal brands. That holding company is being run by former executives from Battenfeld technologies. Basically the intent is to strengthen the finances of the brand for the future. My guess is that they might be prepping to sell the company but time will tell on that one.

Guntuber of the Week returned last week and since you guys gave me so many great channels to check out, we’re hitting another one this week. For anyone new here, GunTuber of the Week is a segment where I share a gun related channel that by our standards, which are admittedly really high, puts out high quality, entertaining, informative content on a regular basis.
And speaking of that, our GunTuber of the Week this time is Reno May. His channel focuses heavily on gun politics and is really well presented with a bit of colorful language sprinkled on. Let’s see a clip.
If you guys want to, and I think you should, go find the link to his channel in the description and get subscribed. Be sure to tell him TGC sent you.

It’s time for more Friendly Fire, the segment where I answer questions from you guys! This time our questions are coming from our loyal subscribestar supporters. Will Moonan says an optic per rifle or one piece of glass to rule them all? My personal stance is that if you can afford it, get glass for every rifle. Swapping stuff around and having to re-zero isn’t fun when ammo costs this much. Plus scopes just keep getting better and better.
22 cheapster says dedicated caliber or multi caliber platform? I guess thats similar to the last thing. Being able to swap stuff around is nice. BUT I personally like having more complete guns rather than stuff to swap.
Guardian1473 says what are ammo and gun manufacturers doing to cure the horrendous backlog after the election? Well the backlog started back in march. Let’s be real about that. I’m confident that every company out there is running full tilt, adding staff and machinery where possible and trying to find new supply lines where possible but with so many companies fighting for the same stuff, its just going to take time.
My friendly fire question to you guys this week, how will this ammo shortage affect your shooting habits and what will you do to combat those changes? Drop your thoughts in the comments below and If you want to ask a friendly fire question, jump over to Subscribestar and support us directly on there!